A METAL factory in Senai has been directed to cease operations after it was suspected of polluting Sungai Skudai.

Johor Department of Environment (DOE) said the factory, located in the Senai Industrial Area III, was believed to have released effluent into the river during its operations, leading to formation of thick, white foam clusters that floated on the water.“The factory was singled out after investigations and checks conducted along the river after the incident.

“We will continue investigating the matter and check on other premises operating in the area to stop potential pollution such as this from happening again,” it said in a statement.

It was reported that the recent appearance of white foam clusters floating on the river caused anxiety among residents in the area. 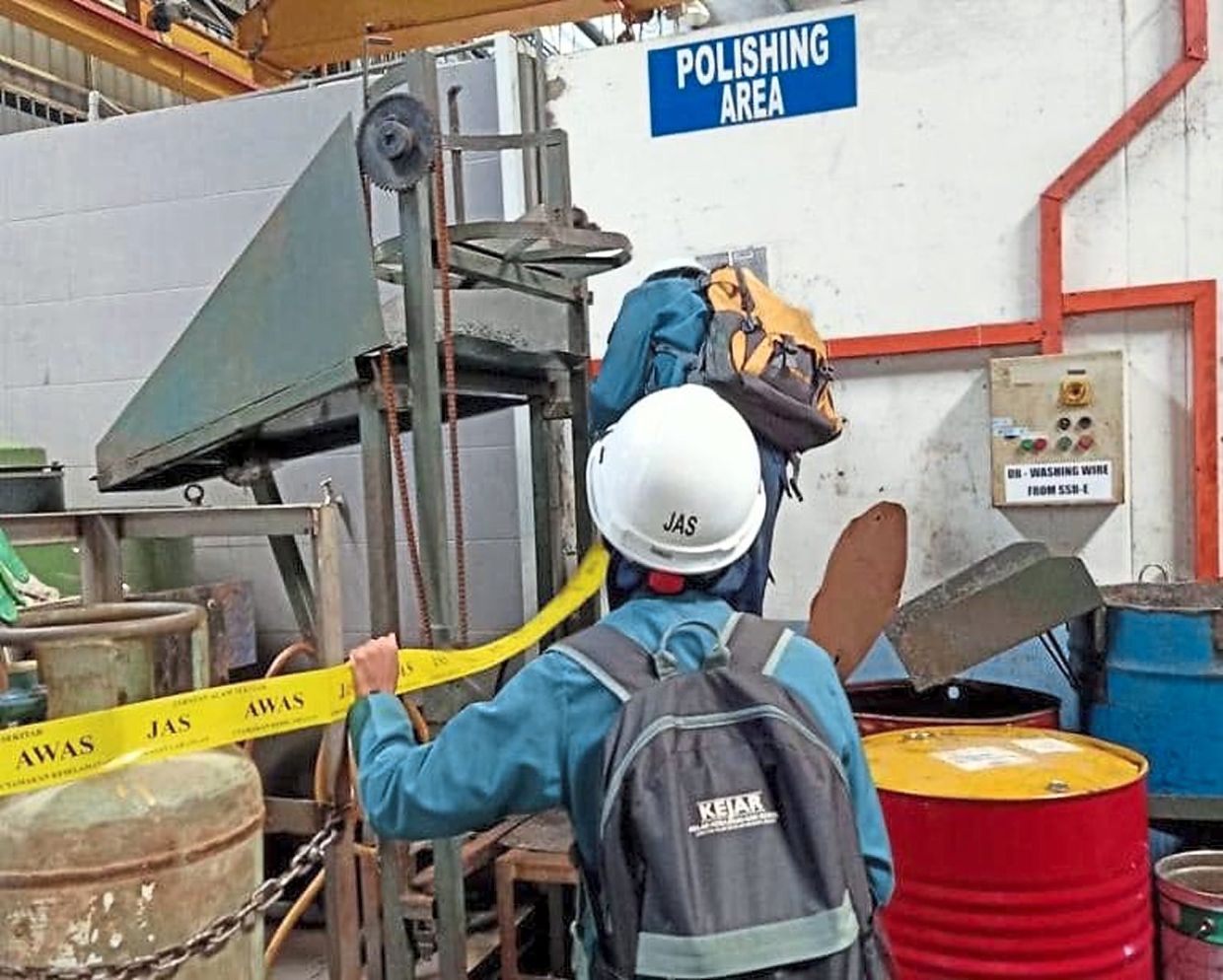 Johor DOE workers sealing off a metal factory in the Senai Industrial Area III after it was suspected of releasing effluent into Sungai Skudai.

“I visited the scene the next day with the Skudai assemblyman but most of the foam had washed away after a bout of heavy rain so I could not obtain any samples to be sent to the authorities.

“No dead fish were found during my observation of the area,” he said, adding that he uploaded the video on his Facebook page where white foam clusters could be seen floating on the brown-coloured river water.

Poh added that the river was among the most polluted in the country.

The pollution at Sungai Skudai was also previously reported to have affected the Sultan Ismail Water Treatment Plant (LRA), which treats raw water for residents in Johor Baru.

“When I visited the site with the DOE, the LRA management informed us that the foam clusters found in the river did not affect the facility’s operations,” he said.

He also urged the public to report any cases of pollution to the DOE via its toll-free hotline 1-800-88-2727 or email to eaduan@doe.gov.my