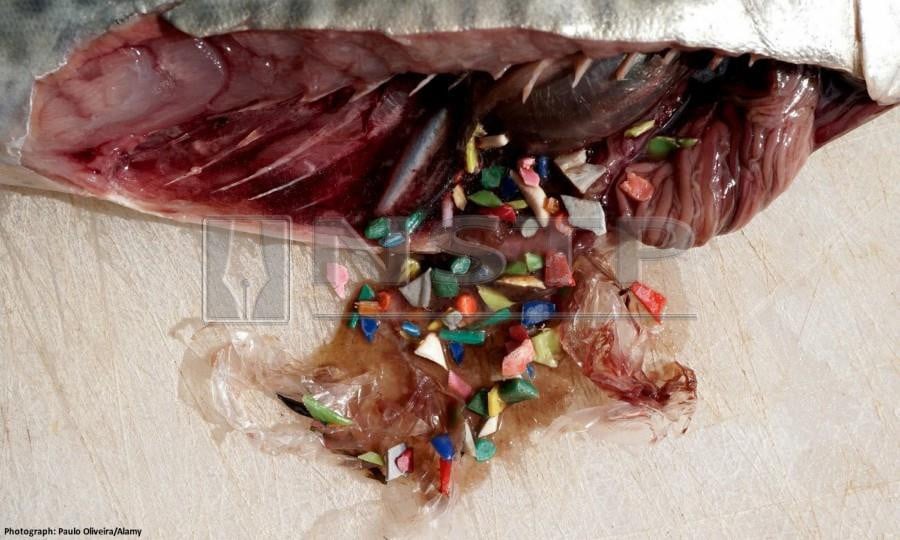 “If we look at the report from the Malaysian Marine Fisheries Mammals Network’s National Task Force, under the Fisheries Research Institute, we will find that most autopsy conducted on marine animals found plastic in their abdomen.” Pix courtesy of Dr Mohd Uzair Rusli

MUAR: Disposal of plastic-based solid waste into the oceans is causing the death of aquatic animals, particularly turtles and marine mammals, such as whales, dolphins and dugong.

The effects of marine pollution is threatening smaller species of marine life, including fish and clams, which are among sources of protein in the human food chain.

These plastic-based waste was then consumed by aquatic life.

“If we look at the report from the Malaysian Marine Fisheries Mammals Network’s National Task Force, under the Fisheries Research Institute, we will find that most autopsy conducted on marine animals found plastic in their abdomen.

“More worrying is the fact that the autopsies revealed plastics in physical form and not in micro plastic conditions.

“These plastics were found in the stomach of the animals, and it had caused their deaths,” he said when contacted by the New Straits Times Press recently.

Uzair, who is head of the UMT Turtle Research and Conservation Unit (Seatru), said that drifting plastic presented a huge threat to turtles, which mistook them as food.

“There marine animals (turtles) confuse the plastic with jellyfish, their food, and eat it.

“From the records of death, we found that these marine animals will experience digestive system disorders and lose their appetite.

“It also causes a lack of nutrition in their bodies and leads to their deaths.

“The plastic blocks their breathing and causes death via suffocation.”

Asked about whether this pollution could endanger newly-hatched turtles, Uzair said he did not rule out the possibility, but added that further research needed to be done on it.

“The nature of turtles is that after they enter the sea, they will swim for two days without feeding.

“After the two days, they will begin to search for seagrass, plankton and anything floating in the water, including possibly, the floating micro plastic.”

He said that although there were no reports on the matter, there were scientists finding out if the micro plastic could affect newly-hatched turtles. 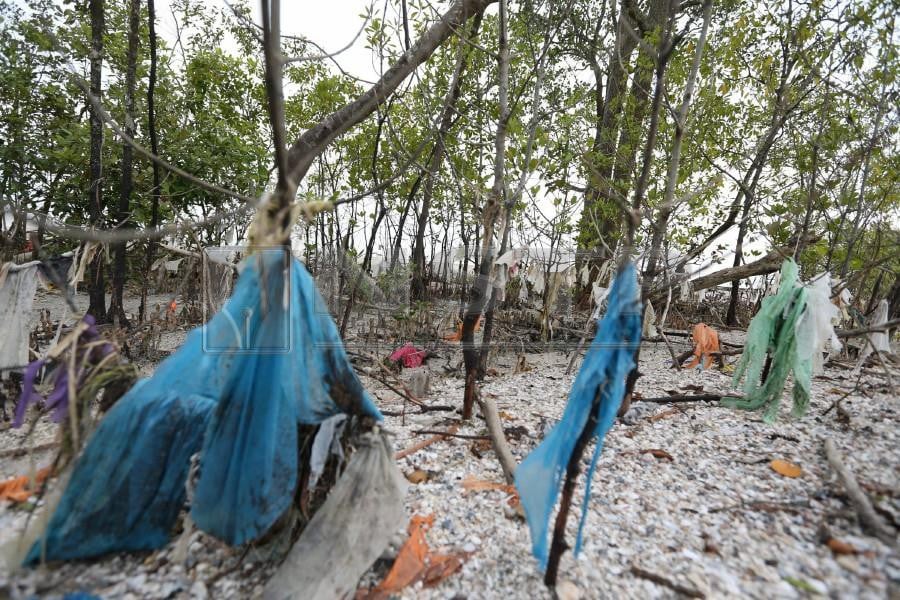 Marine animals are unable to differentiate between plastics and jellyfish, confuses, thinking its their food, and eat it. NSTP/ Adi Safri

“It’s just a challenge for us. Scientists do not know where these turtles are, because we classify the first two years in their lifespan as ‘lost years’.

“As a start, my team has been using research funds from the Fundamental Research Grant Scheme to measure the amount of energy in the bodies of newly-hatched turtles.

“This is to build a mathematical model involving sea currents to find areas where turtles gravitate to in its first two years.

“This needs to be established before we can study the effect of plastic on turtles.”

He did not rule out the possibility that turtle hatchlings may be vulnerable to micro plastic.

He said newly-hatched turtles had limited vision, and no scientist could say with certainty that these marine creatures used their sense of smell to distinguish their food.

“The probability that these turtles eat micro-plastics is high because their underdeveloped body limits all their senses.”

He said his colleagues, who study marine pollution, had found that micro plastic were also evident in corals and sea worms.

“What we are worried about is that this pollution can affect the fish, which is a major source of protein for humans.

“There is a hypothesis that shows that chemicals found in these micro-microorganisms can cause them to contaminate the tissues in the bodies of the fish that eat them.

“The situation causes things, such as cancer.

“But efforts are being made to address this problem.

“Scientists from the School of Marine and Environmental Sciences at UTM are working to find marine organisms that can act as a dispersing agent for micro plastic in the bodies of marine creatures.”

He said he and his students were working on implementing an anti-straw usage campaign to reduce the usage of plastic materials being dumped into the sea.

He said doing this may improve the underwater environment for marine life.