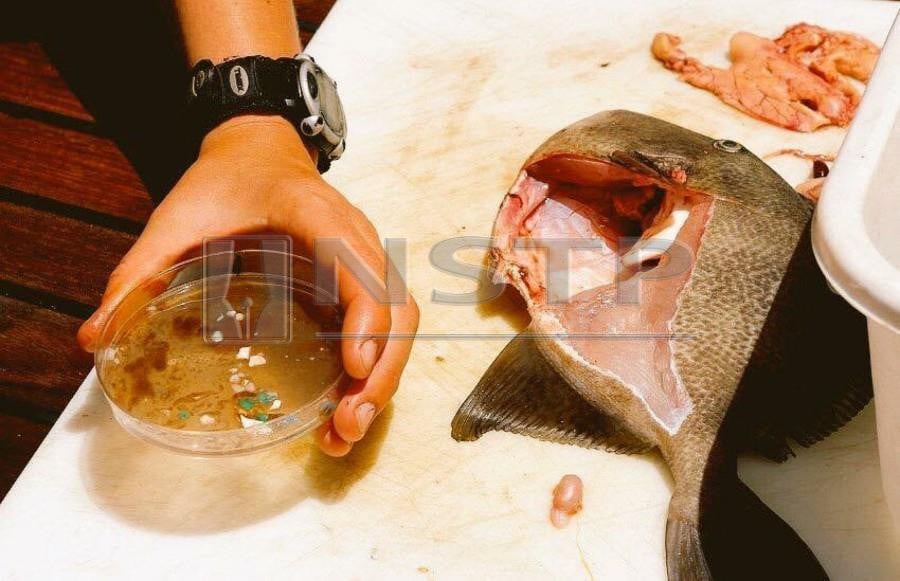 “Scientists worldwide are worried about non-biodegradable garbage, especially plastic, which are made from chemicals. These items take a very long time to decompose.” Courtesy pix

Pollution caused by plastic waste materials in our oceans, regardless of size, poses a threat to marine life and humans.

“Scientists worldwide are worried about non-biodegradable garbage, especially plastic, which are made from chemicals. These items take a very long time to decompose.

“What is more worrying is that the garbage, categorised as marine debris, will be drifted at sea according to currents or the wind direction. In Malaysia, areas in the peninsula’s west coast will have a lot of garbage concentrated along its coastlines when the southwestern monsoon winds blow.

“A similar thing will occur along the peninsula’s east coast during the northeastern monsoon season.

“Garbage will be blown towards the coastline.

“When there are no winds, the garbage will drift according to ocean currents and it could end up anywhere,” he told the New Straits Times Press. 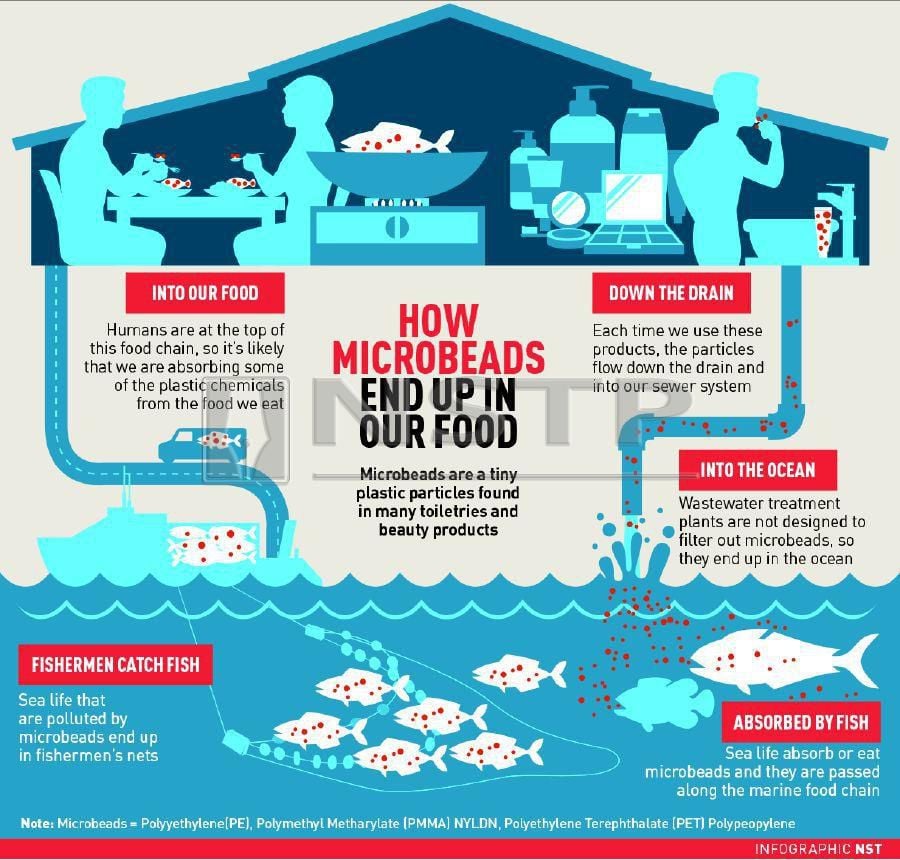 Sukarno, who is a former department of marine park Malaysia director-general, said the drifted garbage could kill any life form in the ocean.

“The plastic is made from chemical substances. These plastic-based garbage will be torn apart, but they will not disintegrate totally in the water. Instead, it will become smaller particles. At a glance, we do not see these particles, but it is there in the water.

“Scientiests are concerned about how these small particles of plastic will become food for marine life such as fish. This situation is referred to as bio accumulation and (the waste) will be absorbed into the tissue of marine life.”

Sukarno said when people consumed seafood such as fish, the garbage or plastic would enter the people’s body or the body of other marine life that fed on those fish.

He said in addition to microplastic pollution in the ocean, the existence of microbeads had become the latest concern among scientists.

“Microbeads are largely used in cosmetics such as sunblock and body lotions. Many countries have banned this substance in toiletry products.

“These bans are due to concerns over microbeads entering the water system and disturbing marine life such as plankton, which is eaten by other marine life.

Sukarno urged the government to conduct awareness campaigns for the community to ensure that people would take better care of the environment, especially the oceans.

“We cannot take this matter lightly. There is no data on this issue. There are some countries which are not concerned about such environmental matter and they may regard the ocean as their garbage dumps.

“What’s worse is that ships contribute to the garbage problem in oceans.

“This garbage could drift out to anywhere, even to our country’s coastline,” he said, adding that efforts needed to be done to correct people’s perception about garbage disposal and to step up efforts to promote recycling.

“There must be more awareness as this problem leads to pollution. It poses a danger to shipping activities too as it could become the cause of accidents at sea.

“Big and small debris from garbage can harm marine organisms, either in the open seas or along the coast.”